String Quartet
Artist Website: danishquartet.com danishquartet.com
"...the crowd that gathered at Tanglewood’s Seiji Ozawa Hall for the Danish String Quartet’s performance could be divided into two camps: those who had at least some idea of what they might be in for, and those who had none. My concert buddy, an arts-marketing professional and lifelong cellist, was in the latter camp, and by intermission his eyes were alight. “I could listen to them play anything,” he said several times. Likewise, the woman behind me on my way out: “So how was that?” I heard her friend ask, and I turned around to see her struggle to find words through a wide smile." - A.Z. Madonna, The Boston Globe 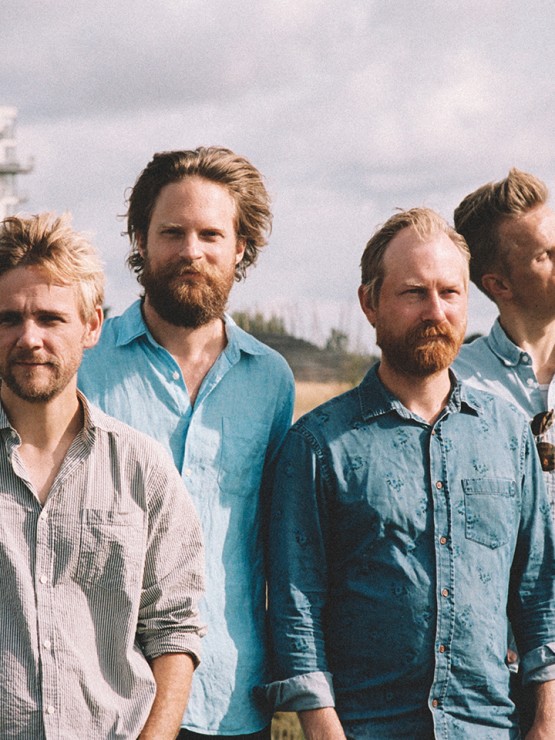 The Danish String Quartet celebrates its 20th Anniversary in 2022-23, and the GRAMMY®-nominated quartet continues to assert its preeminence among the world’s finest string quartets.  Formed when they were in their teens, they are renowned for impeccable musicianship, sophisticated artistry, exquisite clarity of ensemble, and, above all, and an unmatched ability to play as one. Performances are characterized by a rare musical spontaneity, giving audiences the sense of hearing even treasured canon repertoire as if for the first time. They exude a palpable joy in music-making that has made them one of today’s most highly acclaimed and in-demand classical quartets, performing sold-out concert halls around the world. Their inventive and intriguing programming and repertoire choices have produced critically acclaimed original projects and commissions as well as popular arrangements of Scandinavian folk music.

This season, the Danish String Quartet continues its DOPPELGÄNGER series, an ambitious four-year international commissioning project. DOPPELGÄNGER pairs world premieres from four renowned composers—Bent Sørensen, Lotta Wennäkoski, Anna Thorvaldsdottir, and Thomas Adès—with late major chamber works by Schubert. Each season, the Quartet performs a world premiere on a program with its doppelgänger—the Schubert quartet or quintet that inspired it—culminating in 2024 in the premiere of a quintet by Adès, after the String Quintet in C major. This season’s new work, by Anna Thorvaldsdottir, premieres in April 2023 and is paired with Schubert’s String Quartet in A Minor, "Rosamunde." The DOPPELGÄNGER pieces are commissioned by the Danish String Quartet with the support of Carnegie Hall, Cal Performances, UC Santa Barbara Arts & Lectures, Vancouver Recital Society, Flagey in Brussels, and Muziekgebouw in Amsterdam. The Quartet performs 28 concerts in North American this season over the course of three separate tours. Additionally, they are Artist in Residence at London’s Wigmore Hall.

The Danish String Quartet’s most recent recording project is PRISM, a series of five discs on ECM New Series that explores the symbiotic musical and contextual relationships between Bach fugues, Beethoven string quartets, and works by Shostakovich, Schnittke, Bartok, Mendelssohn, and Webern. Four of the five recordings have been released on ECM, and the fifth, PRISM V, is slated for 2023. The most recently released is PRISM IV (2022), which was an “Editor’s Choice” in Limelight magazine. The Quartet’s discography reflects the ensemble’s special affinity for Scandinavian composers, with the complete quartets of Carl Nielsen (DaCapo, 2007 and 2008) and Adès, Nørgård & Abrahamsen, their debut on ECM in 2016. They also released two discs of traditional Scandinavian folk music, Wood Works (Dacapo, 2014) and Last Leaf  (ECM, 20127), which was one of the top classical albums of the year, as chosen by NPR, Spotify and The New York Times, among others. A third folk recording is planned for release in 2023 on ECM.

The Quartet takes an active role in reaching new audiences through special projects.  In 2007, they established the DSQ Festival, which takes place in intimate and informal settings in Copenhagen. In 2016, they inaugurated a concert series, Series of Four, in which they both perform and invite colleagues to appear.

They are the recipients of many awards and prestigious appointments, including Musical America’s 2020 Ensemble of the Year and the Borletti-Buitoni Trust.  The Quartet was named in 2013 as BBC Radio 3 New Generation Artists and appointed to The Bowers Program (formerly CMS Two). The Quartet was the awarded the 2010 NORDMETALL-Ensemble Prize at the Mecklenburg-Vorpommern Festival in Germany, and in 2011, they received the Carl Nielsen Prize, the highest cultural honor in Denmark.

Violinists Frederik Øland and Rune Tonsgaard Sørenson and violist Asbjørn Nørgaard met as children at a music summer camp where they played soccer and made music together.  As teenagers, they began the study of classical chamber music and were mentored by Tim Frederiksen of Copenhagen’s Royal Danish Academy of Music.  In 2008, the three Danes were joined by Norwegian cellist Fredrik Schøyen Sjölin.