Percussion Ensemble
Artist Website: sopercussion.com sopercussion.com
“Marimbas and steel drums resonate like heavy raindrops, while other percussive rustles bring to mind the dry overlap of wind and cicadas whispering in the trees…Sō Percussion are most often serene, but some of their lightest touches are most dramatic.” – Pitchfork 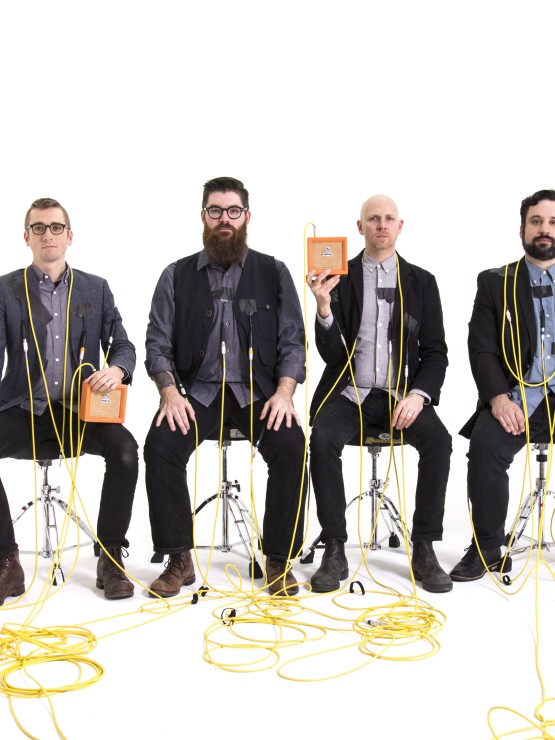 For twenty years and counting, Sō Percussion has redefined chamber music for the 21st century through an “exhilarating blend of precision and anarchy, rigor and bedlam” (The New Yorker). They are celebrated by audiences and presenters for a dazzling range of work: for live performances in which “telepathic powers of communication” (The New York Times) bring to life the vibrant percussion repertoire; for an extravagant array of collaborations in classical music, pop, indie rock, contemporary dance, and theater; and for their work in education and community, creating opportunities and platforms for music and artists that explore the immense possibility of art in our time.

Recent highlights have included performances at the Elbphilharmonie, Big Ears 2022 – where they performed Amid the Noise, premiered a new work by Angélica Negrón with the Kronos Quartet, and performed their Nonesuch album with Caroline Shaw, Let the Soil Play Its Simple Part – and a return to Carnegie Hall where they performed new collaborations with Nathalie Joachim, and Dominic Shodekeh Talifero. Their Nonesuch recording, Narrow Sea, with Caroline Shaw, Dawn Upshaw, and Gilbert Kalish, won the 2022 Grammy for Best Composition. Other albums include A Record Of.. on Brassland Music with Buke and Gase, and an acclaimed version of Julius Eastman’s Stay On It on new imprint Sō Percussion Editions. This adds to a catalogue of more than twenty-five albums featuring landmark recordings of works by David Lang, Steve Reich, Steve Mackey, and many more.

In the Summer of 2022, Sō performs at the Music Academy of the West Festival, Newport Classical, at Time Spans in New York, and offers four concerts at Our Festival in Helsinki – including a performance of Let the Soil with Caroline Shaw. Other 22/23 dates include concerts for Cal Performances, at the Palau de la Musica Catalana in Barcelona, at the Barbican in London, the Kennedy Center, and at University of North Carolina, Chapel Hill.

In Fall 2022, Sō Percussion begins its ninth year as the Edward T. Cone performers-in-residence at Princeton University. Rooted in the belief that music is an elemental form of human communication, and galvanized by forces for social change in recent years, Sō enthusiastically pursues a range of social and community outreach through their nonprofit organization, including partnerships with local ensembles including Pan in Motion and Castle of Our Skins; their Brooklyn Bound concert series; a studio residency program in Brooklyn; and the Sō Percussion Summer Institute, an intensive two-week chamber music seminar for percussionists and composers.