Ensemble
Artist Website: www.wildup.org www.wildup.org
"All the performances, led by Rountree, were exceptional, the ensemble turning on an astonishing stylistic dime." - The Los Angeles Times 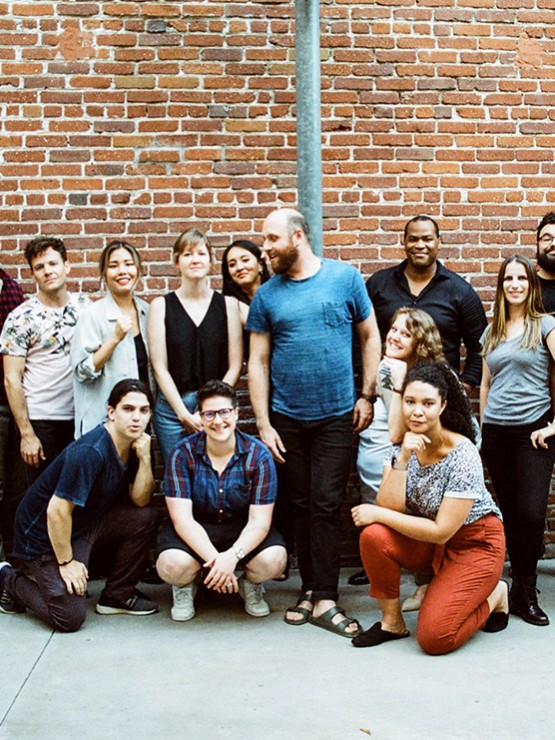 2023 Grammy Nominees for Best Orchestral Performance for "Eastman: Stay On It."

Called “a raucous, grungy, irresistibly exuberant … fun-loving, exceptionally virtuosic family” by Zachary Woolfe of the New York Times, Wild Up has been lauded as one of classical music’s most exciting groups by virtually every significant institution and critic within earshot.

The GRAMMY nominated ensemble was started by Artistic Director Christopher Rountree, his vision of a group of young musicians that rejected outdated traditions and threw classical repertoire into the context of pop culture, new music, and performance art. In 2020, the group celebrates 10 years of bringing people together around the belief that no music is off limits, that classical music concerts can defy convention and address the need for heart-wrenching, mind-bending experiences.

Over the past decade the group: accompanied Björk at Goldenvoice’s FYF Fest; premiered David Lang and Mark Dion’s “anatomy theater” at LA Opera; played the scores to “Under the Skin” by Mica Levi and “Punch Drunk Love” by Jon Brion live with the films at L.A.’s Regent Theater and Ace Hotel; premiered hundreds of new works including: a new opera by Julia Holter at Brooklyn’s National Sawdust, new pieces from avant-pop icon Scott Walker and celestial loop-maker Juliana Barwick at Walt Disney Concert Hall, and the West Coast premiere of Ragnar Kjartansson’s “Bliss” a 12-hour epic at REDCAT during the LA Phil Fluxus festival. They played a noise concert as fanfare for the groundbreaking of Frank Gehry’s new building on Grand Avenue and First Street in downtown L.A.; toured the country with their original projects “Future Folk,” and ”We the People;” championed the music of Julius Eastman; and founded the solstice series “darkness sounding.” They held residencies at the Los Angeles Philharmonic, the Colburn School, Los Angeles Chamber Orchestra, National Sawdust, and the Hammer Museum, and taught at dozens of educational institutions across the U.S.