The 2022/23 Neighborhood Arts season is here, and there's a lot to be excited about. We're looking forward to a series of concerts featuring Latina bandleaders presented in association with our friends at Ágora Cultural Architects, concerts that celebrate the diversity of percussion around the globe, the return of in-person dance, and the culmination of last season's Solo(s) Together project, including a showcase of all five commissioned works.

Digital performance options return in the new season, with a robust schedule that you can enjoy anytime, anywhere!

Free concerts, open to the public, at venues around Boston and Cambridge!

Latina bandleaders, global percussion collaborations, the long-awaited culmination of Solo(s) Together, and so much more: explore the 2022/23 schedule below, and make plans to enjoy some amazing concerts

We're launching into the new season with a fantastic lineup of free concerts, at venues all over Boston and Cambridge. There's a lot to like, with the return of some Neighborhood Arts favorites and new artists we can't wait to share with you.

We return to Cambridge's Harvard-Epworth Church and Multicultural Arts Center, and have a robust schedule at Back Bay's beautiful Arlington Street Church (come early and check out the Tiffany stained glass windows!) celebrating Latina bandleaders in partnership with Ágora Cultural Architects. We are forging an exciting new venue partnership with Roxbury's Black Market Nubian, and return to the South End's Union Church after a lengthy renovation.

Renowned percussionist Sandeep Das will create a memorable experience for young musicians from Boston City Singers when they perform on the tabla (Indian hand drums) alongside him in the culminating showcase of a February vacation week tabla camp, on stage at the Multicultural Arts Center in Cambridge.

The Neighborhood Arts program is a driver of new works, as we demonstrated with 2021/22's Solo(s) Together commissioning program. In Solo(s) Together,  five nationally-known contemporary composers created short small-ensemble works in partnership with five of our partner groups. The final concert in that series, postponed due to illness in Spring 2022, debuts in September, and all of the works will be performed together for the first time at the Solo(s) Together showcase in November.

Shaw Pong Liu will also create a piece for erhu and spoken word in collaboration with acclaimed poet and literary performer Regie Gibson in a Celebrity Series co-commission.

Select performances in the new season will be available on demand for three months, premiering two Thursdays after the live event. We're also bringing some popular favorites from the past two seasons back, including a special holiday concert with the Jason Palmer Quintet, to return on Thanksgiving Day 2022!

The long-awaited culmination of our Solo(s) Together commissioning project moves to September, and the works get a new life at the Solo(s) Together showcase later in the season! Young ensembles will perform each of the five world premiere commissions.

Castle of our Skins
For Black People

Featuring Music for Black People, No. 1, "Relentless," a world premiere work by Daniel Bernard Roumain, and small-ensemble works from Black composers of the 20th and 21st centuries.

Join us at Arlington Street Church in Back Bay for a series celebrating Latina bandleaders who put their own spin on traditional styles. We're proud to work with Ágora Cultural Architects to share these amazing artists with you!

Groundbreaking cuatro virtuoso Fabiola Méndez returns to the Series with her latest project: her sextet from her recent album, “Afrorriqueña.” The music pays tribute to the African influences in Puerto Rican culture, and the afternoon’s performance starts with “Negrura,” a short film by Fabiola Méndez.

Iconic Boston arts advocate, community builder, singer, dancer, and choreographer Verónica Robles returns to Neighborhood Arts with her all-female mariachi band to perform selections that celebrate and remember those who have gone before us and bring together the living and the dead. 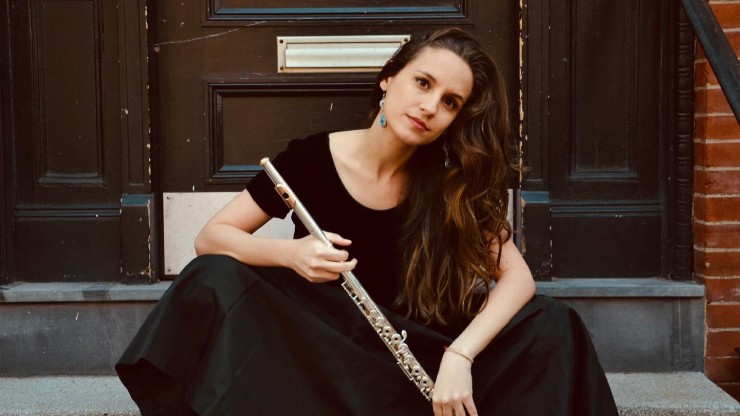 Sheila del Bosque Fuentes draws inspiration from all aspects of Cuba, from the sun and sand to the passionate dances to the tiredness and nostalgia and everything in between. 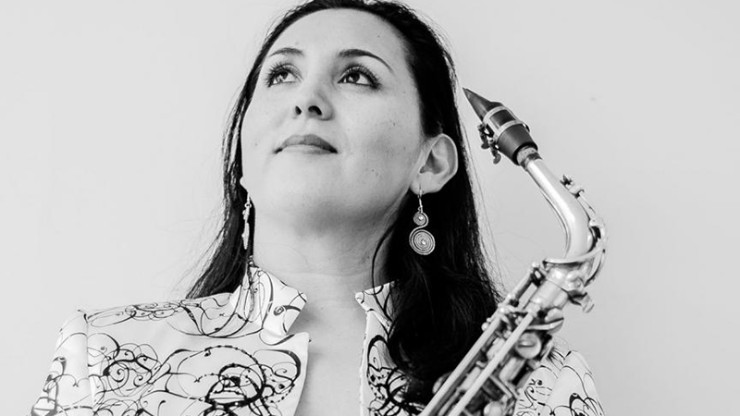 May 6 at 3pm
Arlington Street Church, Back Bay

Chilean tenor saxophonist Patricia Zárate Pérez and her quintet will perform selections from their debut album, “Violetas,” a vibrant record that evokes Zárate Pérez’ travels around the world and the colorful characters she has encountered.

International team-ups, unexpected pairings, and kindred spirits who have taken different journeys to share a stage together: you can say a lot with percussion instruments. Learn more about this exciting series, at various venues across the city.

A six-piece band led by Malian percussionist Balla Kouyaté and cellist Mike Block comes together to create a program of joyous, effervescent music that blends West African beats and vocals with bluegrass, funk, and rock.

Tabla virtuoso Sandeep Das and Suhail Yusuf Khan, who brings a rock sensibility to India’s traditional stringed sarangi, team up to present “Soundscapes of India” along with young musicians from Boston City Singers. 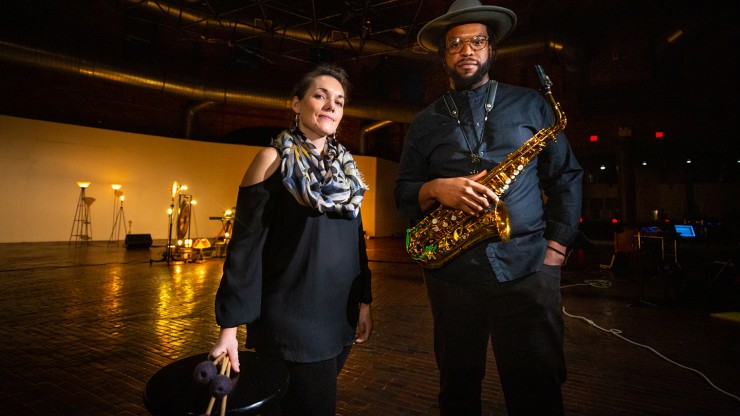 Saxophonist Tim Hall and percussionist and public artist Maria Finkelmeier team up for “Finding HOME,” a program of self-composed music and improvisations for saxophone and marimba – as well as other percussion, electronics, and poetry – that explores the routes that we take to find home and cultivate community. 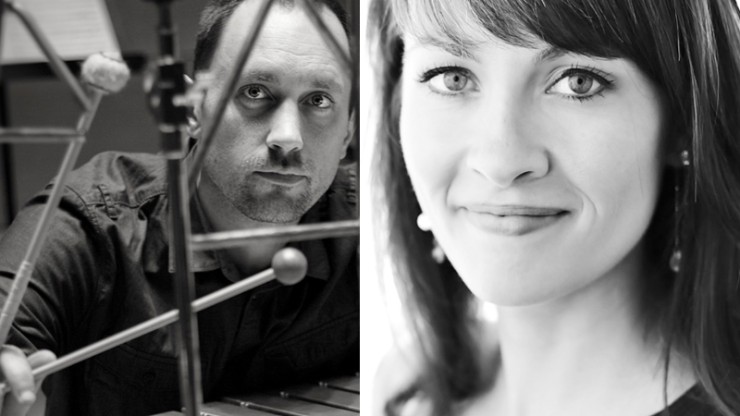 BeatSong is a soprano and percussion duo founded in 2015 by Sonja Tengblad and Jonathan Hess that creates and performs works that celebrate an unlikely pairing: soprano and percussion. Their performances feature contemporary works by Tan Dun, Luciano Berio, Kareem Roustom, Björk, and others.

Stringfest programs have been at the heart of our Neighborhood Arts program for many years. They give young musicians a chance to learn from and play alongside professional artists of all kinds. This season, we're excited to present three Stringfest programs at the Salvation Army Kroc Center in Uphams Corner with three sets of diverse artists who will give student players a new sense of the possibilities of stringed instruments!

Shaw Pong Liu, a violinist and erhu player known for her educational collaborations and engagement with social issues, teams up with poet and literary performer Regie Gibson for a new duet piece, commissioned by Celebrity Series. Student musicians from City Strings United and Boston City-Wide String Orchestra perform arrangements of folk songs and work songs from Chinese and African American traditions, inspired by the crews who built the transcontinental railroad.

Fabiola Méndez makes her first appearance as a Stringfest mentor as she collaborates with young musicians to perform Puerto Rican songs arranged for cuatro, jazz trio, and strings by cellist and conductor Javier Caballero.

The season wouldn't be complete without contemporary music, jazz, popular music, and dance, and we're excited to share these amazing artists with you. Try a new experience, or seek out a longtime favorite: Neighborhood Arts has something for everyone.

“Traka,” the newest work from Cambridge-based Haitian choreographer Jean Appolon, means “Troubles” in Haitian Creole and explores how dance, community, and culture are pathways to healing. Appolon partners with composer and turntablist Val Jeanty, who provides the rhythmic foundation for this heartfelt and thought-provoking work. 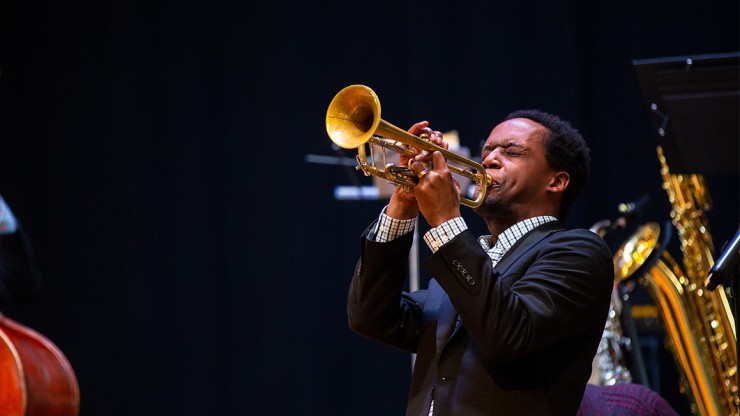 The Jason Palmer Quintet returns to Neighborhood Arts for a set of essential jazz inspired by powerful women in American history to the present, with relevant and thoughtful writing from Palmer and brilliant playing from the whole band. 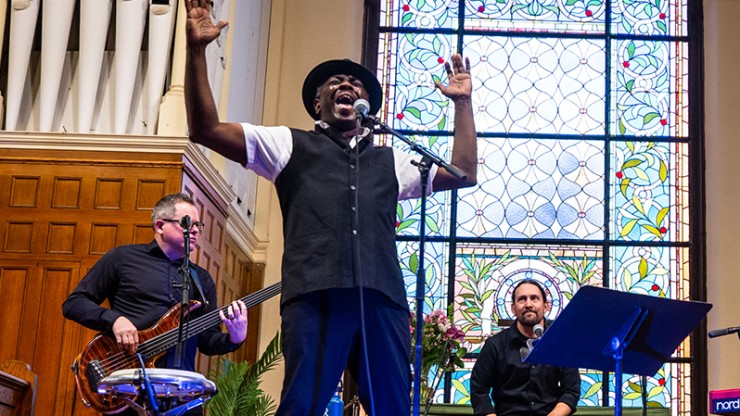 Literary performer Regie Gibson and world-funk-and-more band Atlas Soul once again join forces in a return to the Series for an afternoon of powerful words and music, featuring covers and originals, as well as Gibson’s resonant, dazzling, and thought-provoking wordplay. 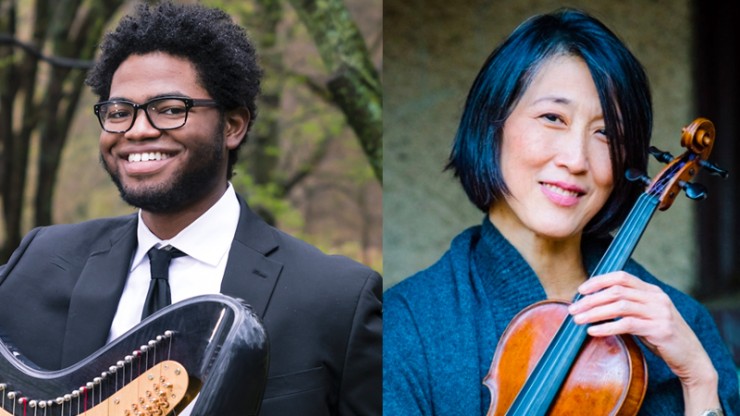 Harpist Charles Overton returns to Celebrity Series alongside violinist Lucia Lin for the world premiere of the latest installment of Lin’s “In Tandem” commissioning and performance project. 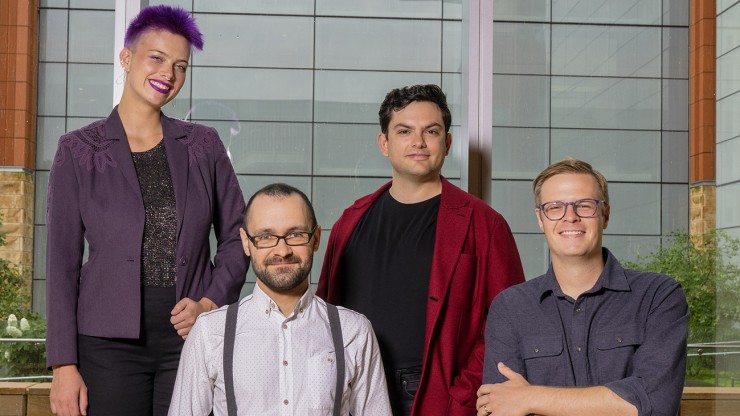 Hub New Music celebrates its tenth anniversary with new works by Angélica Negrón and Jessica Meyer as well as "Amid the Noise," a youth participation piece by Jason Treuting. 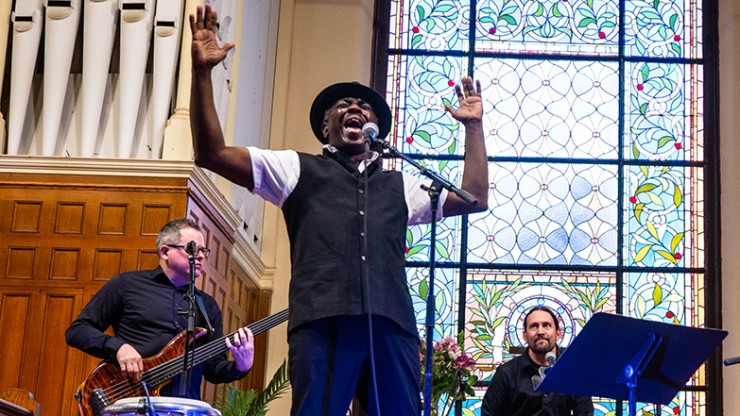 Can't make it in person? Digital performances continue in the new season, with twelve events that will premiere on Facebook and YouTube on the second Thursday following the live performance. 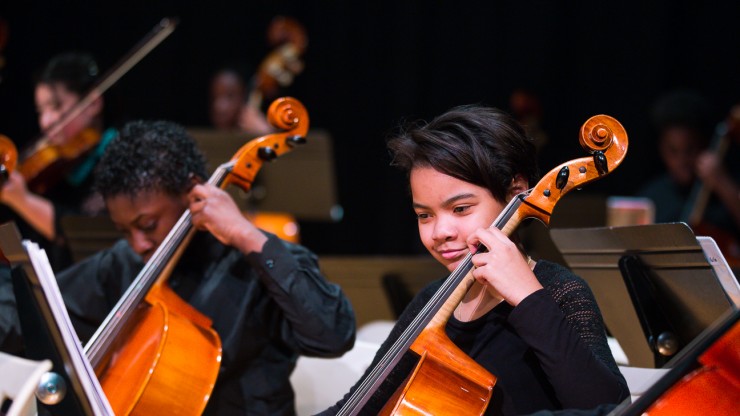 “Thank you to the Celebrity Series for taking the quality of production so seriously, and having such high standards for a good-looking and- sounding performance, even in this strange online world. It was really special and precious to be together in person making music, and to be able to share it out with so many people!! Thankful to you ALL. ” 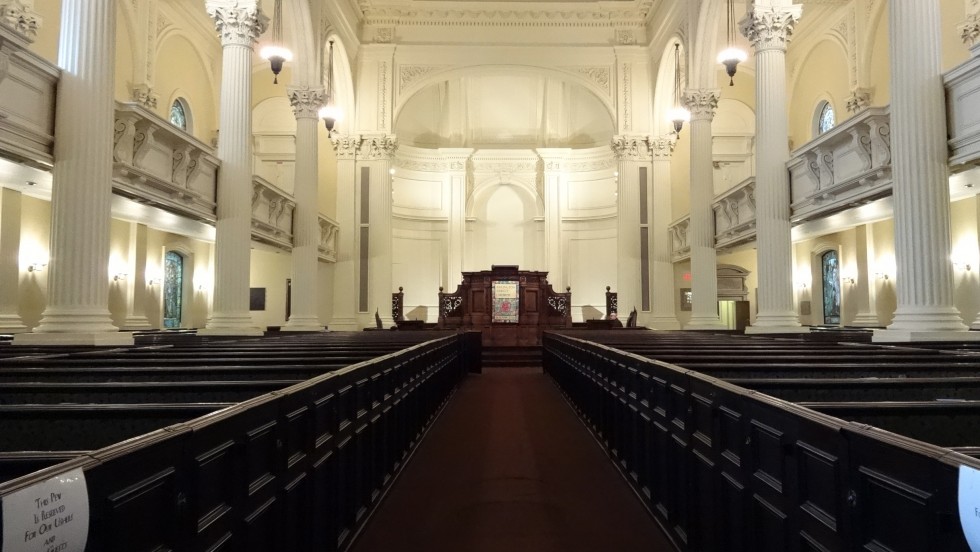 In the still evolving public health environment, the safety of audiences, artists, and staff remains a top priority. Celebrity Series of Boston’s unwavering commitment to stellar customer service remains unchanged. Transparency and clarity guide audience communications, and people who have signed up for a concert will receive timely details about ticket reservations and expected experiences in the venues.

Thank you to our supporters!

Celebrity Series of Boston is grateful to our 2022/23 Season Sponsors Amy & Joshua Boger, 2022/23 Neighborhood Arts Presenting Sponsor Stephanie L. Brown Foundation, and to the many individuals, corporations, and government agencies whose generosity supports Arts for All! and help fulfill our mission to present performing artists who inspire and enrich our community and our vision of a community of Greater Boston where the performing arts are a valued, lifelong, shared experience — on stages, on streets, in neighborhoods — everywhere.

Arts for All! programs are also made possible by support from the LIVE PERFORMANCE! Arts for All Endowment & Innovation Funds of the Celebrity Series of Boston.

Make a tax-deductible contribution to support live performance in Boston.