Celebrity Series of Boston is announcing a national request for proposals for a new short-term public performance project. Projects submitted through the RFP were asked to conceive the entire city as a canvas for participatory arts activities to promote the Celebrity Series’ vision to utilize the performing arts to enrich and transform lives and build better communities. 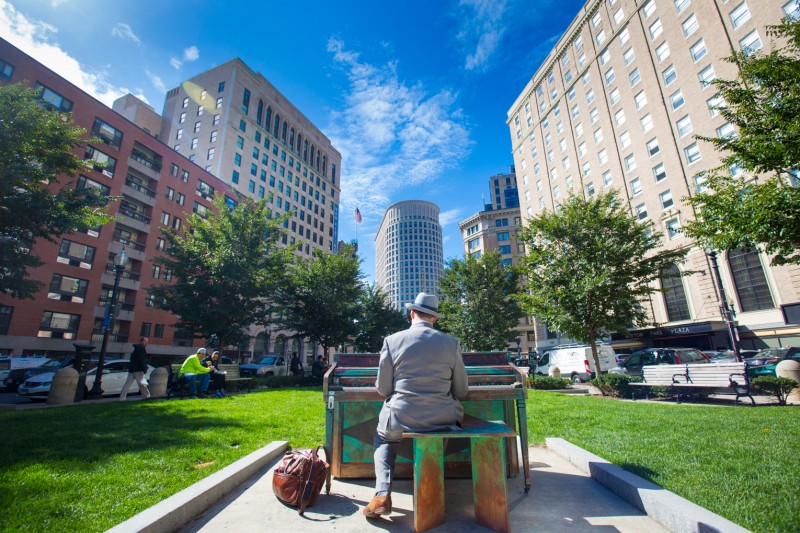 Celebrity Series of Boston’s Public Performance Projects were first established in 2013 as part of the organization’s celebration. Previous successful public programming Celebrity Series has presented throughout the city of Boston include Street Pianos Boston, Le Grand Continental, Let’s Dance Boston, Jazz Along The Charles, and Concert For One. From its inception, the goal of each public performance project has been to broaden awareness of the organization’s activities by taking the artistic experience outside of traditional concert venues to public spaces throughout Boston.

Celebrity Series is eager to build on the success of our past projects, and encourage the development of new projects specifically for Boston. We are now accepting applications for the RFP for new (or new to Boston) public performance projects. We hope to encourage artists from Boston and beyond to consider what a future live public performance project might look like.

Applications will be accepted up until March 13th 2020. More details on the requirements and timeline can be found within the RFP. Click here to view and download the Request For Proposals PDF.

“Our Public Performance Projects amplify our belief that everyone can participate in the arts and that live performance can happen anywhere – not just in the performance halls, but also on streets and in neighborhoods. We are eager to build on the successes of our previous public projects, and encourage the development of new projects specifically for Boston. ”